The school was founded as "The Tung Wah Hospital No. 1 College'. Douglas James Smyth Crozier, Secretary for Education, laid the cornerstone of the school. 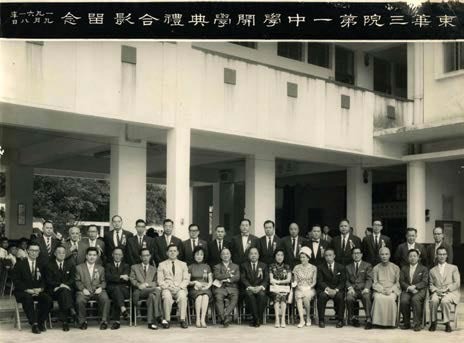 The construction of the campus was completed. Mr. Richard Charles Lee, member of the Legislative and Executive Councils, officiated the opening ceremony on 26th March. The school campus was in use after September. Mr T Y Tse became the Principal. 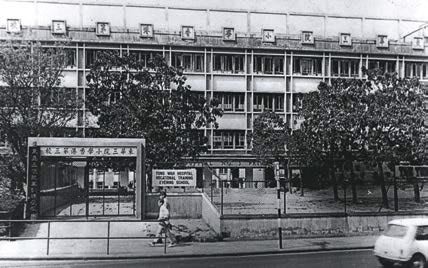 The Prefect Team was formed. 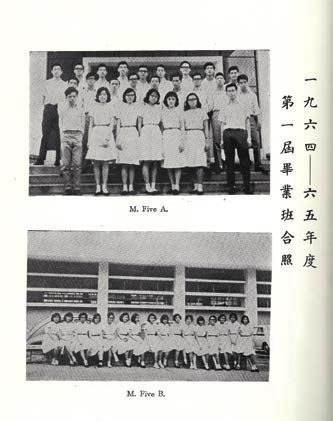 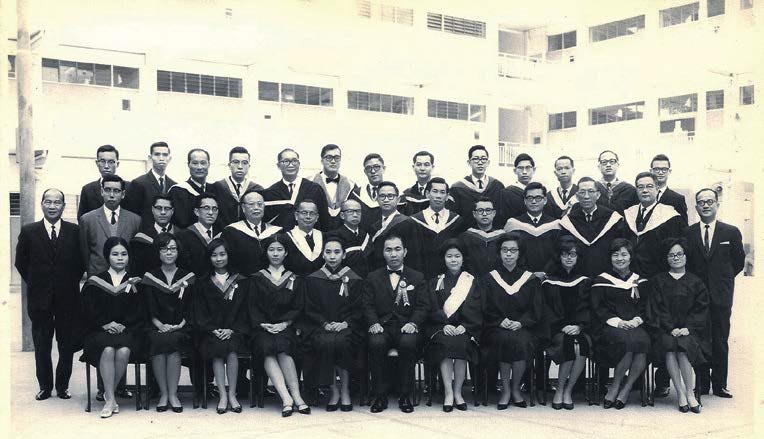 The Boy Scouts was established. 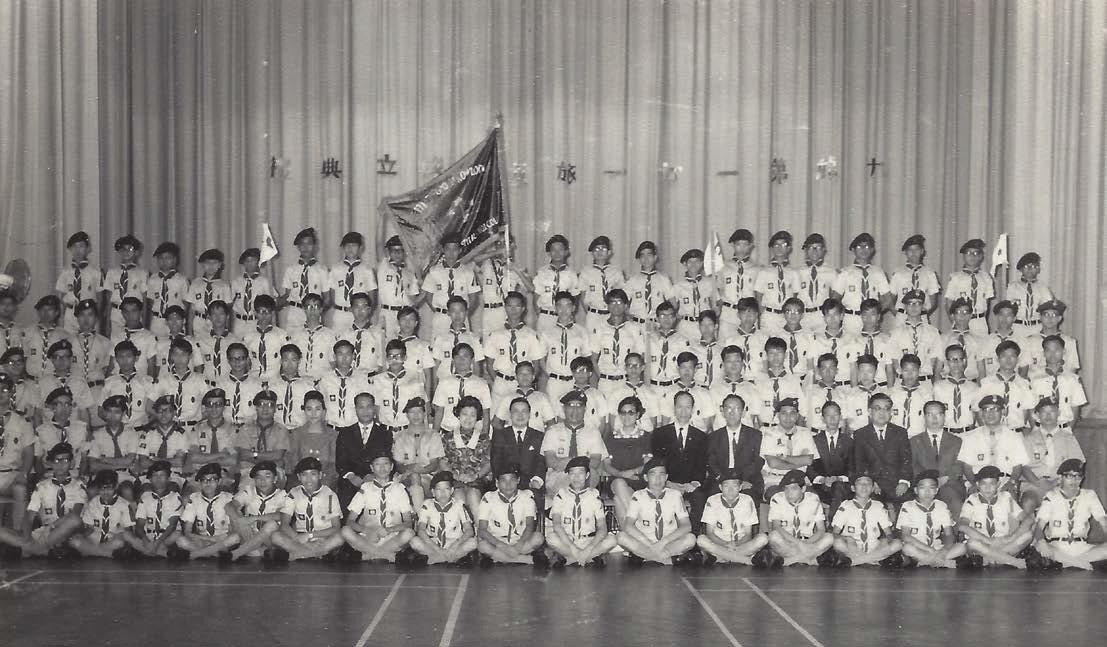 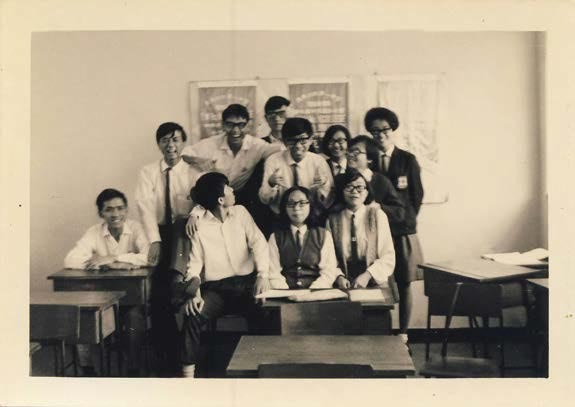 Mr. Wong Fut Nam, father of the Sun Hoi Chairperson of TWGHs Wong King Hang, donated $500,000 to the school. The school was then re-named "Wong Fut Nam College" to commemorate his generous contribution. 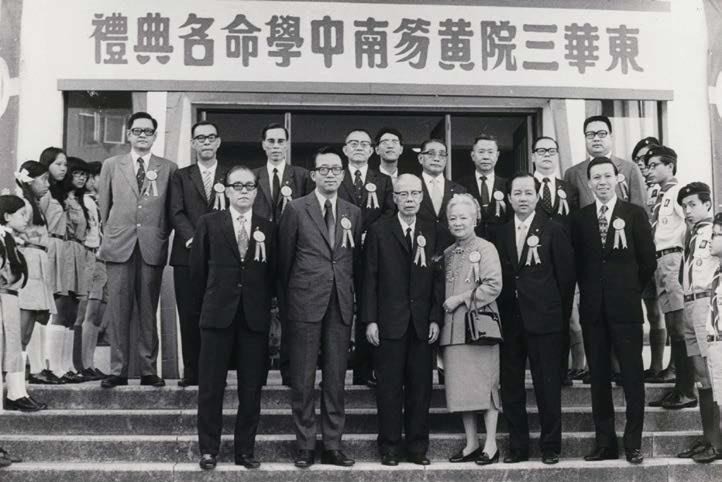 The school published the first issue of school newspaper, Compass. 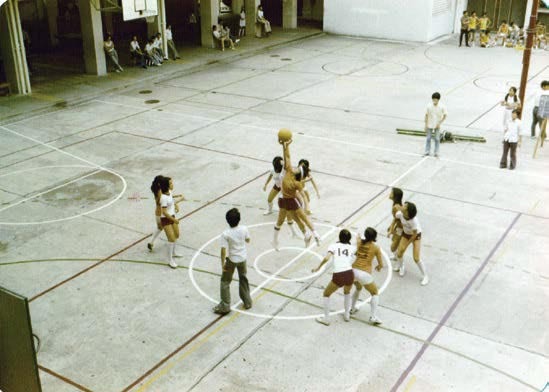 The Symphonic Band was established.

The Four Houses were established to organize extra-curricular activities. 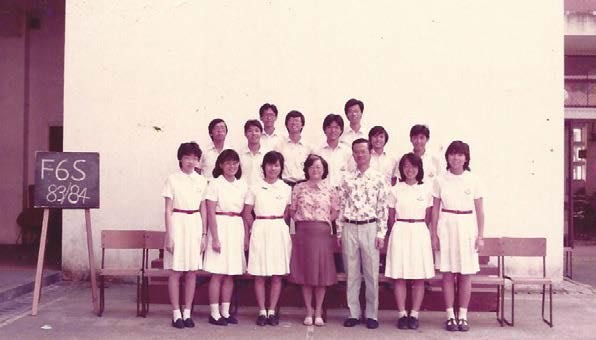 Air conditioners were installed in all classrooms and special rooms.

The Student Union was established. 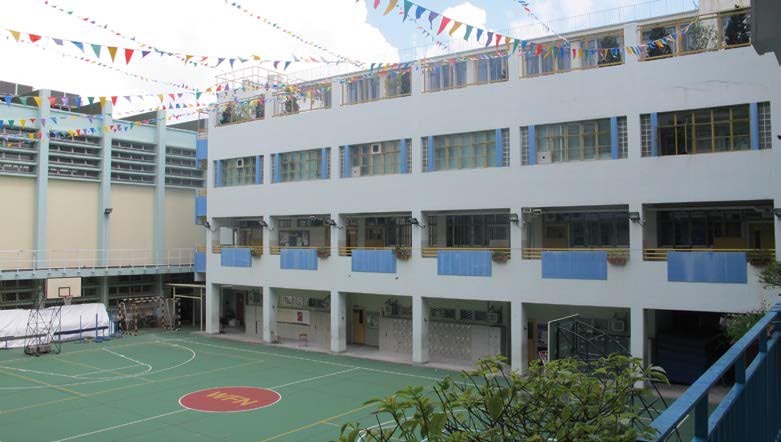 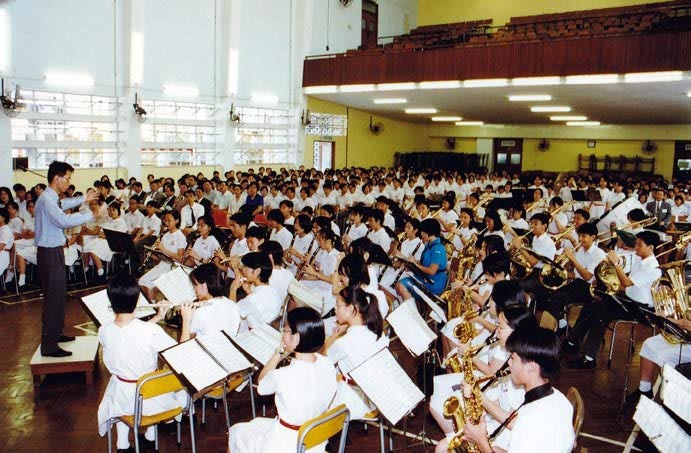 Mr. Wong Kin Hang and the TWGHs Board of Directors of year 1994 both donated $250,000 to set up a language laboratory. Mrs Grace K. M. Hui Wong retired; Mr. Hon Hau Sut became the next Principal. 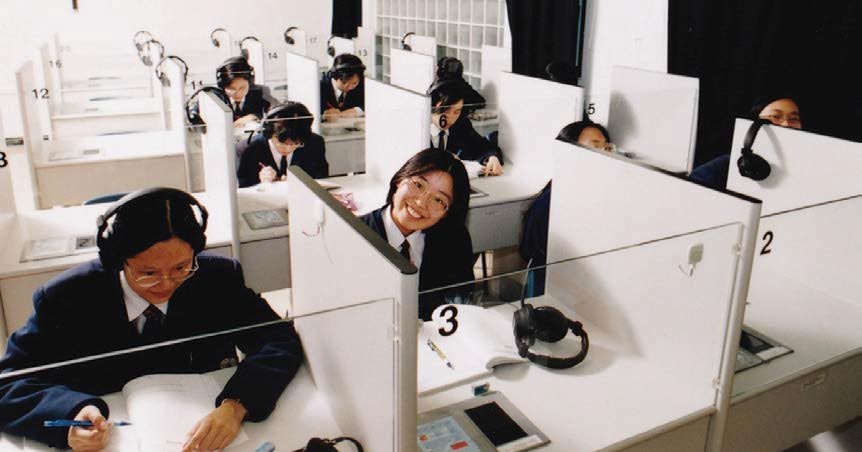 The public address system was installed in the campus. The "New School Management Measures" were implemented starting from September. Life Education was offered as a subject in the junior forms.

Overhead projectors and screens were installed in all classrooms and special rooms. The Parent-Teacher Association was established. The first Teacher-Student Consultation Forum was held. 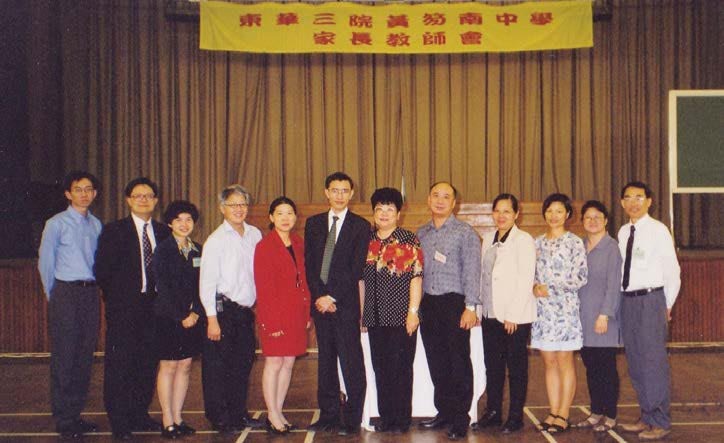 The school published the first issue of its newsletter, South Garden. The school was allowed to continue using English as the medium of instruction.

The Consultation Committee was established.

The Intranet was set up. The "One Art and Sport for All Scheme" was put into trial. 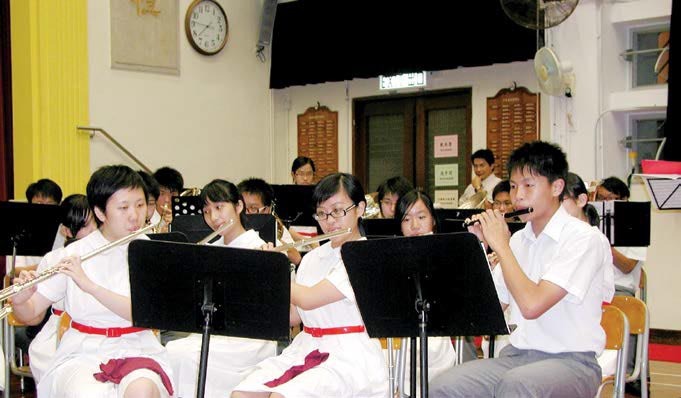 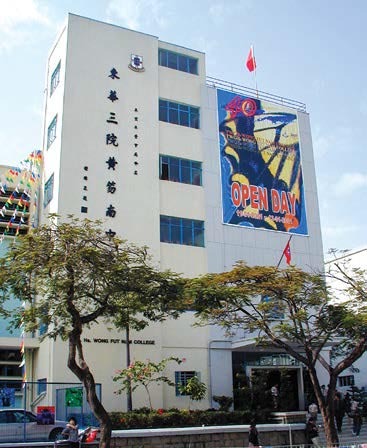 The covered playground in the new wing as converted into two student activity rooms. The "Morning Reading Scheme" started.

Part of the school hall close to Kun Chee Hall was converted into a printing room, a conference room and a classroom for remedial classes. Air conditioners were installed in the hall.

The Incorporated Management Committee was established. 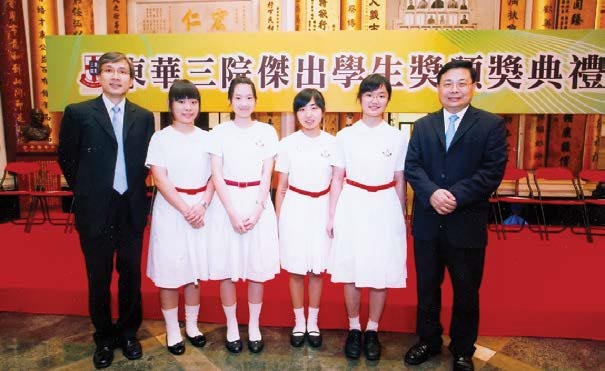 To facilitate the implementation of the new secondary school curriculum, Liberal Studies was added to the curriculum starting from 2009. In the area of "Other Learning Experiences", different courses and exchange activities were organized to broaden the students' horizons. 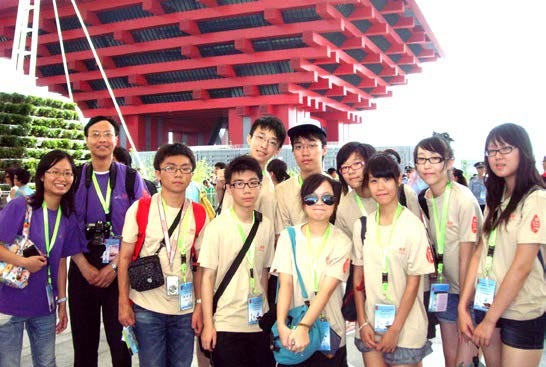 The school celebrated its 50th anniversary. 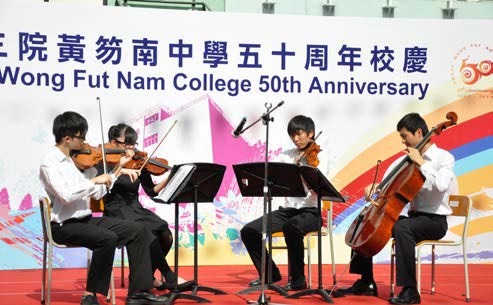 The school redevelopment project was completed in early 2016 and the new campus was opened for use in April of the same year. 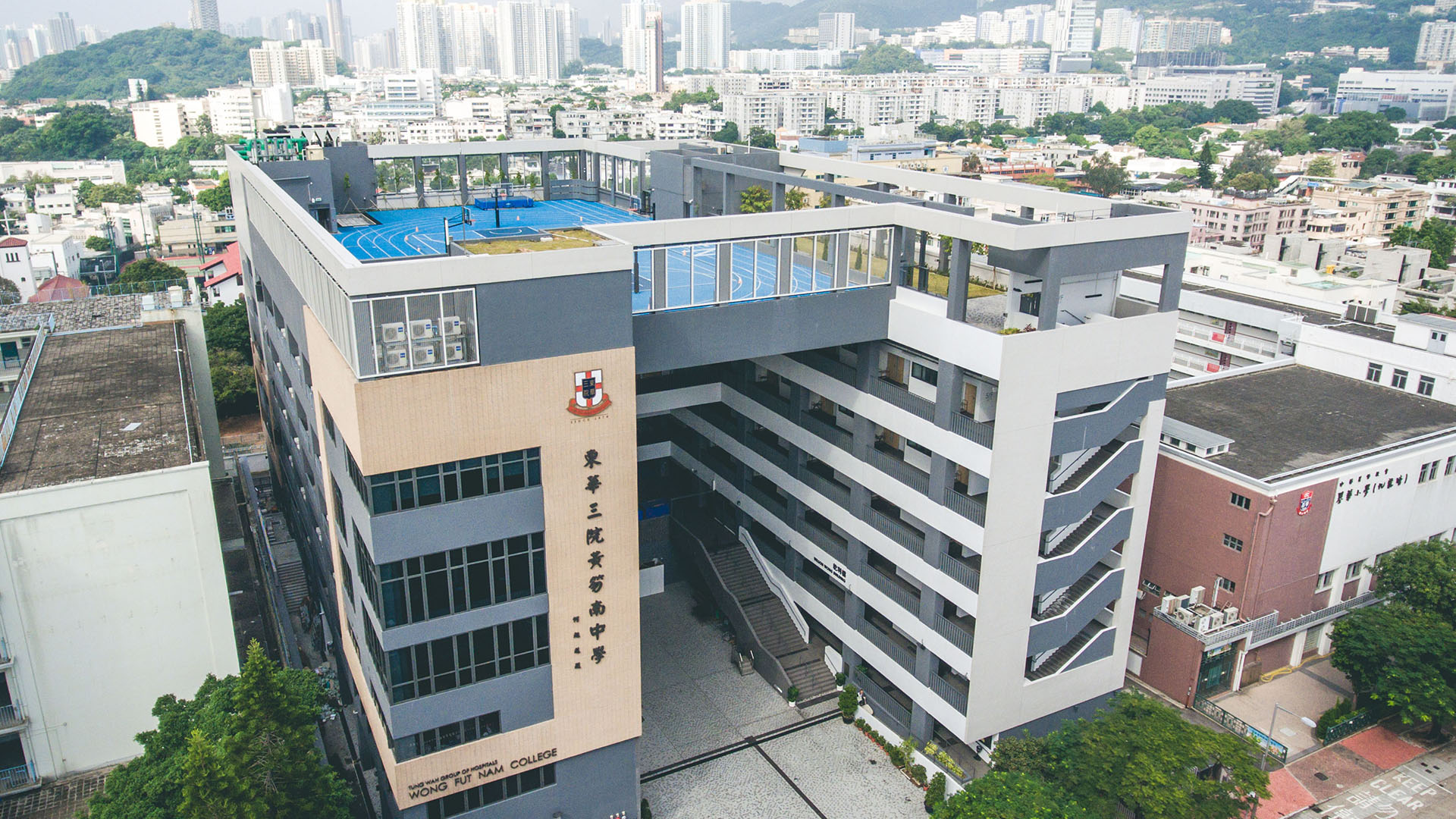